Hey, guys. We're still hard at work at producing new content for the next version. And while I'm not ready to show the new areas yet (except the attached teaser screenshot), there are a couple of smaller changes I wanted to talk about. 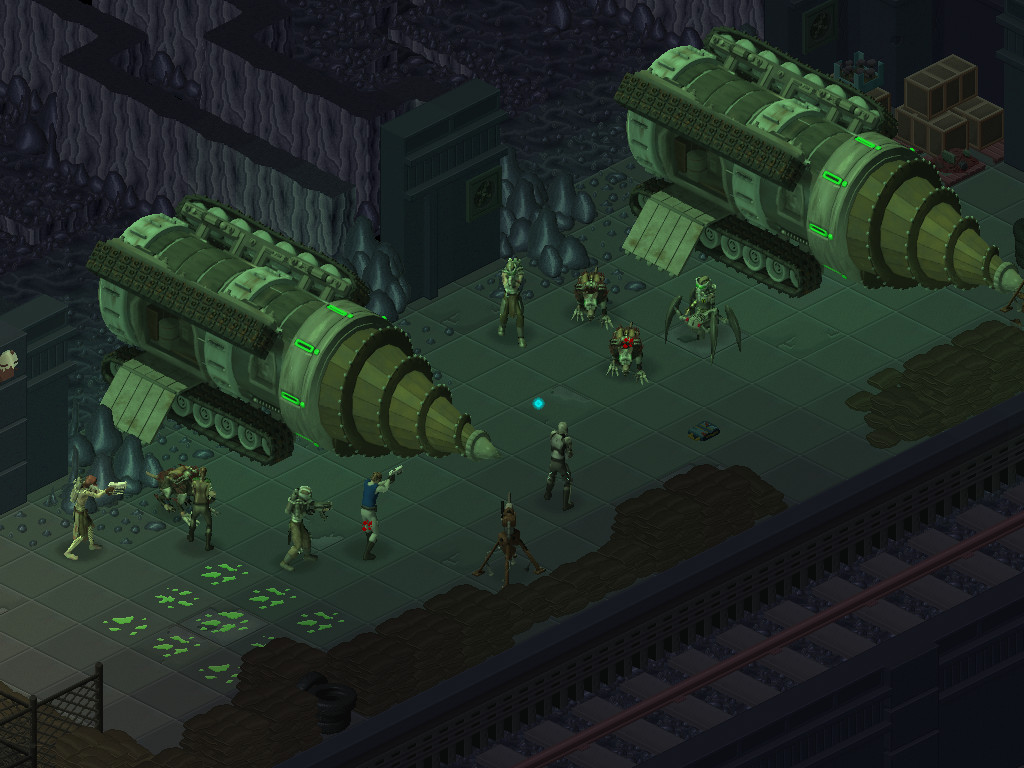 The most significant change to the combat mechanics is the addition of initiative. Character's base initiative is determined like this: 5 + agility + dexterity. At the start of the combat, each combat participant randomly adds 1-15 points to the base initiative and the modified value is used when sorting the turn order. The only exception is when the player initiates combat manually (by pressing ENTER) or by simply attacking. In this case the player will always act first, but because of this, the AP cost of the opening attack/action will be deducted from his first turn. Additionally, this also applies to some other non-combat action performed just before entering combat, such as opening doors.

Also, player will no longer be able to quickly initiated combat manually when exiting a dialog to get a jump on their enemies, but I will be going through all situations that involve dialog initiated combat to make sure the player receives appropriate initiative bonus depending on the situation. That is, if you are having a dialog with someone who is already wary of you (such as GMS hostage situation) you do not get any initiative bonus (though you still "roll" standard initiative and may in fact play first), while in situation in which you surprise attack someone through a dialog you will get a substantial initiative bonus, effectively granting you first strike.

I think it's pretty clear what the purpose of this change is - I want to remove the ability (and the need) to "cheese" your way into attacking first, while providing a game mechanic that will allow you to do this in a more meaningful way instead using your reflexes. I think these changes will particularly benefit non-stealth characters who are often hard pressed to survive when ambushed by multiple attackers. For now the initiative is only dependent on the start mentioned above, but later on I plan to add feats/abilities/psi that will allow you to increase this base value. I'm also considering adding initiative modifiers to weapons.

Let me know what you think about the balance changes and the new mechanics. Sorry that I can't give you guys a date of the next update, but what I can say is that development speed is picking up again and we're planning to release a new town in the next update as well as bunch of new enemy types.
← DEVLOGS
DISCUSS ON FORUM