Hey guys. I've put the game mechanics aside for now and we're all focused on churning out content for the following update.

In this update we will be rounding up almost entire game world outside of Church of Tchort and Deep Caverns. Player will be able to learn more about the Protectorate and Free Drones and the conflict between them. Optionally, player can decide to throw in their lot with either the freedom loving partisans or the imperialistic lawbringers. There's also another secret faction offerring more opportunity for those observant enough. 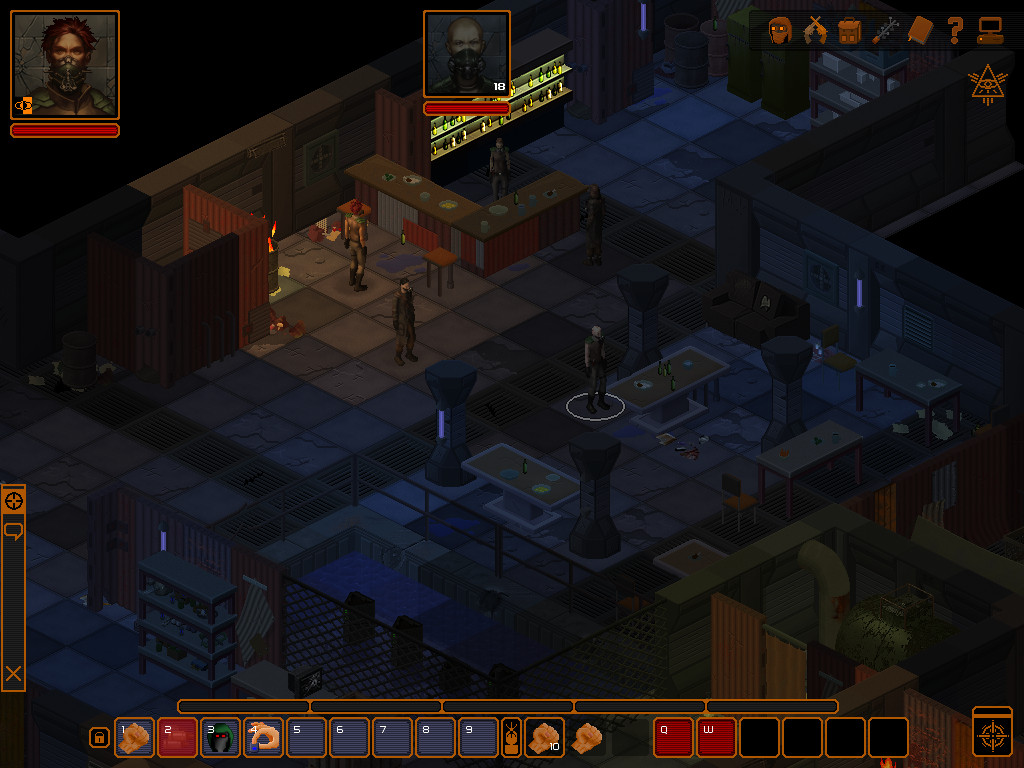 In other news, I finally took the time to fill some long outstanding holes in the presentation department.

Firstly, I hired an artist to do the portraits. There's lots of them to be drawn so don't expect them all to be finished in the next update. In the screenshot above you can see the portraits are lit in the same manner as the characters on the map. I find that this adds to the atmosphere, but this can be disabled in the options for those who disagree. Players can also make their own custom portraits and the game will offer them on character creation if they have been placed in the appropriate folder and are of appropriate format.

Secondly, it was time to expand the musical repertoire. With only four tracks covering the numerous and diverse locations of Underrail, the music tended to get quite repetitive. As with the portraits, don't expect us to be able to cover the entire game with new music immediately. The sample above is the music for the Foundry. Enjoy.

Let me know what you thought of the new stuff, guys. Cheers.