Hey guys, it's time to start revealing some concrete info on the expansion. Some new game mechanics stuff, to be precise. 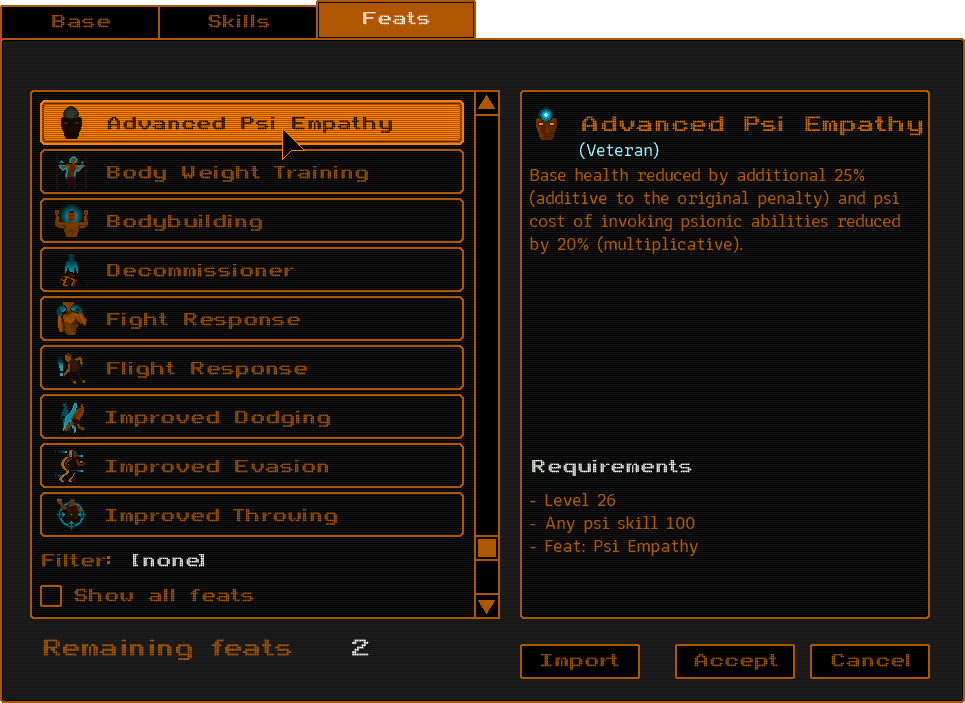 First, let's talk about leveling. Once your character levels past level 25, they become a "veteran" character. To gain veteran levels, a character will require significantly more experience (both oddity and classical) than for regular levels.

Veteran characters no longer receive base ability or skill points during leveling and their derived stats such as health, detection and so on do not scale with levels anymore. However, they do get to pick a feat every level and, in addition to regular feats, they can also pick from the veteran feat pool.

Veteran feats, at least in this expansion, tend to be more general in nature, but they can also give you some important bonuses that you cannot otherwise obtain. Here are some examples (in addition to the one on the screenshot):

Keep in mind that these feats might be altered, pending testing.

The reason I decided to prevent certain aspects of character from scaling beyond level 25 is to avoid having the character outscale the content at his current main storyline progression just by raw character power. Because we'll be expanding the game horizontally in this expansion (and probably in the future) we need to take special care to still provide adequate challenge to the player while also allowing them to improve some aspects of their character.