Back in October I mentioned that we started working on a new standalone Underrail campaign. This is still true, but we've also decided that we're going to give the engine a major upgrade which will help us create a much better game, both visually and mechanically. The thing is - there are certain design and technical decisions that were made early during the development of Underrail that are very limiting to us now, but are not easy to change just due to the amount of content that would have to be redone. So instead of taking a hammer to our beloved game, we're going to improve upon all these things (that we yearned to do for years) in a fresh stand-alone game that will still be based on the same engine core and gameplay mechanics. We call this game Underrail: Infusion.

I'm not going to list all the things that we intend to change/improve upon in Infusion, but I will say that they include both the visuals, as well as mechanics and world design. I'm going to try to post more frequent dev logs, as I did back in Underrail's alpha days, as to keep you guys in the loop. All that you see in these early days you should consider to be work-in-progress. I don't expect we're going to enter full production any time soon - not this year, for sure, as for now we're just focusing on improving the engine, the toolset and optimizing the content pipelines.

First thing I want to show you are the new environment graphics. Keep in mind that Infusion will be taking place in a completely different part of Underrail, so this is not a rework of any existing tile set, but a new one. 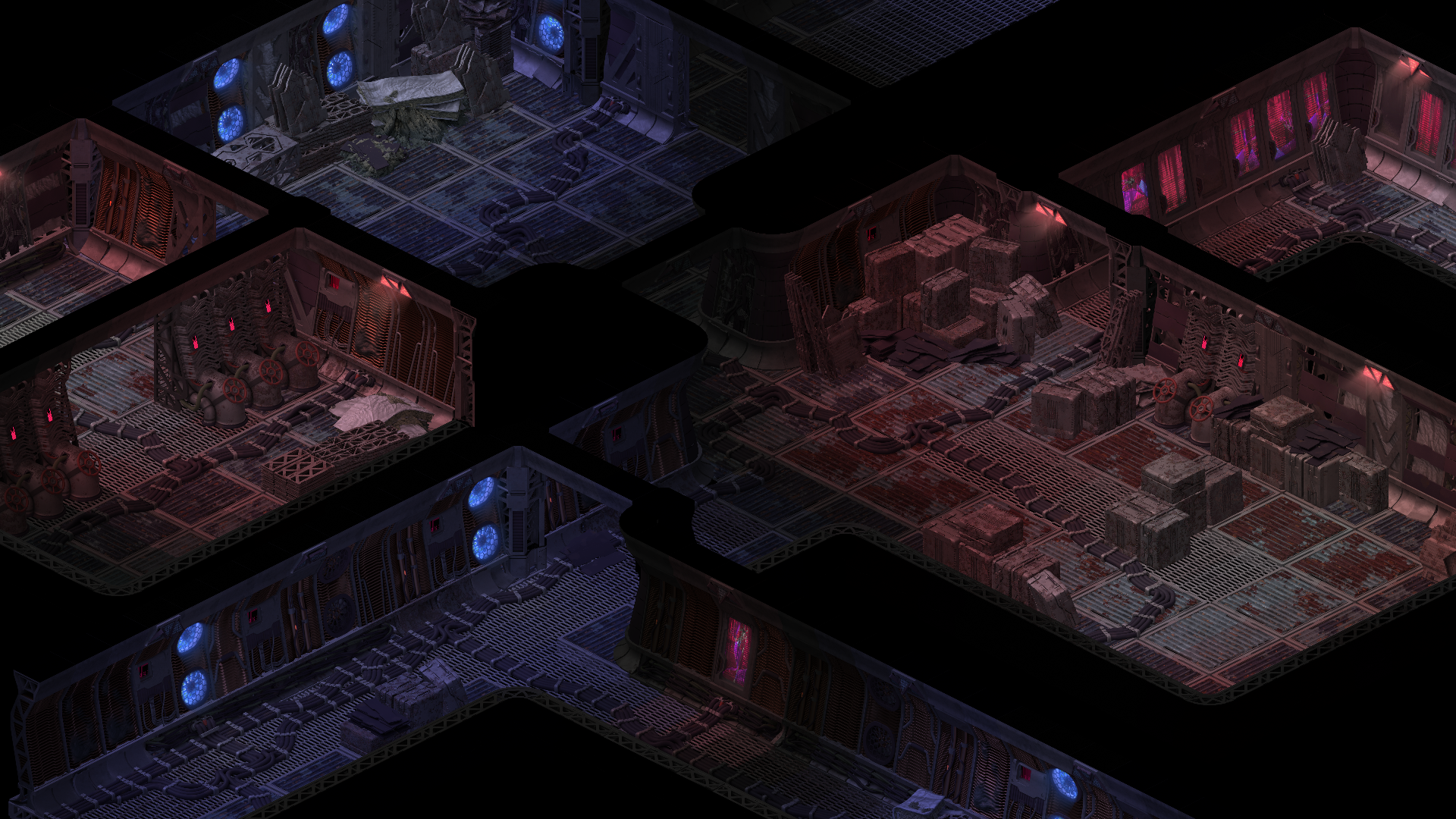 I've done a lot of work on the rendering engine and the way the assets are organized and rendered which allows Mac to more easily produce and organize a bunch of different variations of the same object, and also to easily animate them or give them other visual properties and behaviors without having to go into the gameplay code. Inversely, gameplay stuff can now be easily implemented before the assets themselves are made as they are only loosely coupled. This is going to greatly improve our efficiency when churning out new content. Technically, we're sticking with the same tile size (96x48) but we're going to make the tile relatively smaller in regards to objects, that is, everything is going to get bigger, which will increase the graphical fidelity. This is going to affect various combat mechanics as well, but we're discuss this at a later date.

That's it for now. We have more exciting stuff that we've been working on in the meantime as well, but it's not quite ready to be shown still. Let us know how you guys like the new visuals.

Also, in a few months you can expect the new content update for Underrail. This one is probably going to be released on experimental branch first and will stay there for a while, just due to the nature of the gameplay changes I've made. I'm sure you'll all be very happy with the changes, but just in case you might want to experience psionic characters in their current form before that happens.